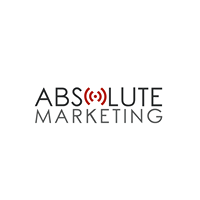 Save your money!!! I was approached by Jessica from Absolute and was told that they will get me on the first page of Google, Bing and Yahoo not just in my town of Pompano beach where I already was on Googles first page but for all the surrounding towns within a 15 mile radius! and all for just $1500. So i decided to give it a shot. Dennis who owns Absolute can by and took my company info so they can promote my business correctly. Flash forward a month Dennis comes by my shop with a little display to encourage customers to rate my business on Google+ and hands me a paper titled VISIBILITY CHECKLIST that list all the places online that they have listed my company. Here they are as listed on Absolutes Visibility Checklist Google, Google+, Bing, Facebook, Merchantcircle, Yelp, Yellow pages and Foursquare. I told Dennis that except for Merchantcircle and foursquare I was already on all the other sites. Gives me some nonsense about the other stuff that they do but when prodded can not actual name specifics. So I asked Dennis what was the next step because I was still not showing up on the first page. He told me that they being Absolute have done everything they can and that now it was all up to me to get people to give me good reviews and the more reviews the higher i will show.Lets just say that I was pretty livid after hearing that!!! So basically I paid Absolute $1,500 to do what I had already done and what anyone can do for themselves in two hours time. HERE IS THE BEST PART!!! a few days later I was on my Google+ account and noticed that Absolute had actually redone my page and added pictures that they pulled from online and one of the pictures was of my competitions shop down the road from me showing his shop and phone number. So I started to check all the business listings and sure enough they redid them all except my Facebook. The foursquare listing linked the wrong a competitors website, Merchantcircle linked to the wrong Facebook page, Bing had the wrong phone number and Yahoo listing the listed the wrong name and phone number! Called Absolute up and they fix all the listing except YAHOO! its been over a month and they some how are not able to fix it and keep blaming Yahoo. SO SAVE YOURSELVES THE MONEY AND SPEND TWO HOURS TO LIST YOUR OWN BUSINESS AT LEAST YOU WILL DO IT RIGHT!!!