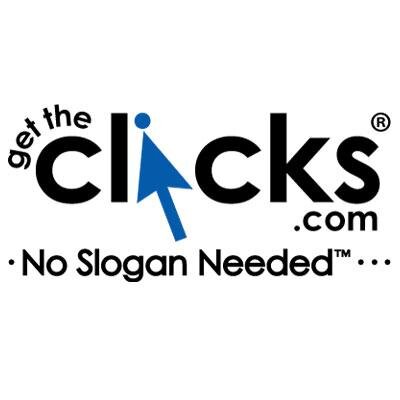 Client Review on Get The Clicks

We recently hired Get the Clicks to perform SEO and advertising services for our website: HavensMetal.com. Although this company was not a good fit, it doesn't mean that it isn't for you. If you are running a local service company than I am sure that they will fit your needs, as local SEO isn't anything too complex. We run an international business, shipping products across the globe and therefore our rankings only really matter on a national level, with big time competitors. It all began with a meeting at the Get the Clicks hub where we spent nearly 2 hours with Stephan discussing how he would increase our rankings. He's a very good salesman, with a smooth tactic of telling you what you want to hear. At our first meeting, a guy named Matt was sent over as our account manager (we were under the impression we were working with Stephan).This was the first red flag.A month went by and we hadn't seen much change. At the second meeting I asked, "where are the results of your SEO work" and he said the first month was just framework and communication. The second month went by, same excuse. By the third month, we had spent nearly 2k in Google ads (not to mention GTC ad management) and $1800 in SEO work which resulted in ZERO conversions. I asked for results and links that they had built, I was given another excuse, this time that it is all "proprietary secret sauce." That's where we started to smell the bull... Folks, SEO is black and white. It's all about content, optimization, and link building. I used various SEO analysis tools to check progress and all the while, had never seen a single result of a link built by GTC. Overall, this is what we got:1. The content developed by Get the Clicks was mediocre (5 articles total)2. Some optimization was performed by GTC3. ZERO backlinks were built from what I had seen. GTC said they built links but they were ones that the Analysis tools could not see and also GTC claimed they are secret. Not sure about you but I like to know where my URL goes on the world wide web...... - Luckily I am educated enough in SEO to realize we were being strung along. I'm not saying Get the Clicks is a useless company, just that they weren't a good fit.I really didn't want to even write this review. I have much better things to do (as SEO is now my job). But, after talking with Stephan 2 days after I had called in to talk to him, he was extremely rude on the phone. I was told that my claims are "ridiculous and "unfounded." Stephan actually got so defensive with me that he started yelling into the phone in a high pitched voice you would hear a teenager using if they don't get their way...I told him I don't want to falsely take credit for our local page one rankings. All I had wanted was tangible results for the thousands of dollars of ours they had spent...I wish Get the Clicks well and hope that they succeed in business as they have told us. I urge anyone selling a product online nationally to do SEO work in house, as an SEO firm will likely leave you disappointed.

Request a quote from
Get The Clicks