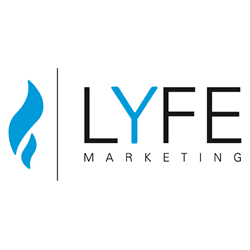 We really made a mistake not doing more research before working with this company. It's hard when salesman like Sherman promise the moon and their cheap staff (check out their hiring opportunities) don't even come close to delivering. Sherman does everything verbally so they are not accountable. We went with the package with 3 platforms. None of which they performed very well. Adwords they did very little. Keywords they did include, were "Vodeo Games", video game design ( which we don't do and were paying $23.00 a click. A bunch of other keywords were $5.00-10:00 a click. We also had several hundred "ghost clicks" stealing money from our account. Really if you call Adwords they will do a much better job and it's free. Instagram they allocated $10.00 a month on a budget we gave them of $7,000 for the package. That was a waste.Facebook, we liked the meme's but the daily posts were an additional $150.00. That's all they did. When trying to work with Dayvon and Sean they would point fingers at each other and have lame excuses. Sean was incompetent handling our account. He would say he would get back to us and didn't. Said there were no analytics for Adwords, which we found out there are, that they were just too lazy to set them up.If you want to hire a company that pays $10-$12 for their part-time employees go for it. They seem to be very understaffed. I did do a lot of research after being totally put off and frustrated with LYFE marketing I did however find a company I highly recommend " 180 Fusion." They showed us all the flaws working with LYFE and then the solutions to be much more effective.

Request a quote from
LYFE Marketing