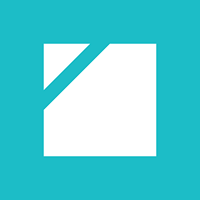 Where to start? I had a webshop from another company, it worked, sort of. It did it's job but I was never really happy with it. Once it went live I had 30 days to break it, after that I was on my own. The trouble with that was that some parts of the webshop we seldom used and faults weren't found until months later, when we tried to get them fixed it was basically "tough", you're out of your 30 days and if you want it fixing you'll have to pay again, which, rubbed me up the wrong way.So, only after year I wanted to get away from this site and have one that worked and did what we wanted it to.I found SplitPixel via a website they had built for a hairdressers [Hair Salon I suppose would be a better word] that my partner uses and I liked their site so I looked who had done it and had a look at their website too, I also liked that so I made initial contact, had a chat and left it at that.I left the project for a little while, we were busy and to be honest we didn't really know which way we wanted to go with the new webshop plus we were making some changes at our end, we wanted to be sure once we said go ahead that we were passing on as much good info as we could to get the best result.Once we decided what software we were going to use locally [Sage BTW] then we made contact again, again exchanged a few e-mails and phone calls.It was a totally different experience for us, they listened to what we had to say, they visited us to see how we worked. From the outset it was documented what was their responsibility and what was ours and exactly what was included and what wasn't, there was no ambiguity.Once they had a prod and a poke of our old webshop they realised that what we were trying to achieve was out of the realms of what they usually worked with and looked about for a better solution for us and came up with Magento, which if you don't know is a fairly hefty e-commerce product.They built the site, they designed the site and every step of the way we were kept up to date, they asked us for feedback on what they were doing.After launch I would be a liar if I said we didn't have a few problems, however to us it's not the problems that are so much of an issue it's how the problems are dealt with that makes the difference. As soon as we spotted a problem SplitPixel were notified, and not long after there was a fix. You can't really ask for more than that, it is impossible to take a huge product like Magento and have it suit everyone out of the box.Our site is unusual and it has been tailored around what we are trying to achieve, I'm sure we will have tested the patience of the staff at SplitPixel at times with some of our petty requests! That said we have ended up with a robust e-commerce solution, we have the infrastructure in place to make any future style updates much simpler and making the site pretty much future-proof.I suppose all of the above can be summed up in a lot less words...Do we like the end result? - Yes.How our problems been addressed in a timely and satisfactory manner? - Yes.Do we feel we have had value for money? - Absolutely.Would we use them again for another website or design work - Without hesitation.Would we recommend SplitPixel to others - Damn right!Basically we couldn't ask for more, we are happy with the result and our customers are happy too judging by all the nice comments we get.