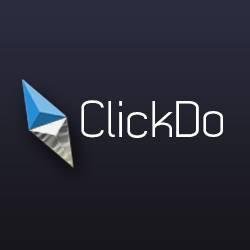 Avoid!From the beginning I have been very open with my budget - I am willing to invest whatever it takes. Logesh told me to raise the budget twice and I did each time. First time we raised the budget, it did not make any difference whatsoever. He then said we need to implement a display network and then this will draw traffic and conversions. So we raised the budget again as he wished. I closely monitored the traffic every day and caught on to an unusual pattern. All the traffic was from android devices, and they all sat on the landing page of the display network for minutes on end and then left. This has happened for two to three days straight. I am not going to waste money on this type of traffic so I told them to reduce the budget and review what is going on. I also requested for a solid ad to be produced as your team are supposed to be professionals not create a "half bothered" - "1 line" ad. Meaning the ad on google did not stand out at all.Then the most important thing, lack of communication and reporting. Several times we have booked skype calls or updates and I get the response that "sorry too late, we been dealing with other clients". As a customer that does not make me feel like any attention has been put on my project. Connor on the Skype call, agreed that the communication has been poor. The main point Connor and Logesh made on the skype call is that the reason why we have not made any conversions is because we "do not have a chance in the marketplace". We need to spend so much more to compete with competitors. Connor contradicted himself by telling us we have a huge chance in the marketplace as the bid amount for keywords were low. Fernando MD, has made no comment on the situation. - Waste of time / No professionalism

Request a quote from
ClickDo Ltd.