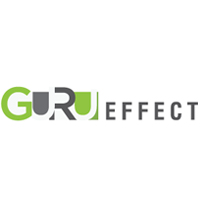 Michael is a man who loves to brag about the amount of money he gets for very minimum effort to the different dates he gets from the internet etc..He spends most of his days smoking weed and drinking alcohol when he's not busy manipulating (sick) married women into having their husbands go kick his ex best friend's butt who stole his (Michael's) fiancee from him years ago and got him evicted from his own house because apparently, Michael never had the courage to handle his personal issues on his own.Then he has the audacity to tell the husband that he has been played by his own wife and cheated on etc..I would never put my money into such bad person's hands.. CROWS FLY AT DARKNESS!

Michael was a great find when I was looking for a Phoenix SEO company to do some work on my website. I had some really incompetent firm build an updated site and it was nothing but amateur city all the way. They were dishonest and would not even own up to their mistakes. I luckily found Guru Effect and after working with Michael for awhile, realized I was in excellent and trustworthy hands. Honest, ethical, these are traits that apply. I run my business the same way so this is important to me. Michael is a professional in an industry that seems inhabited by flakes and BS'ers. He corrected multiple coding issues and hack work that existed from old firm and brought my site up to par in rankings. Thanks Michael.UPDATE: 2019. Michael did some solid work, then, basically.... disappeared at end of 2017. No contact, no nothing. Seemed to have some personal things that distracted him from his work. Said he would be back after some time away. Never happened apparently. I never got the reports I was supposed to get without badgering. Too bad. His site is still up but doesn't look like he's been active much since 2017. Another "SEO" computer "tech" gone with the wind. The people in this "industry" tend to have a couple things in common. They basically have no idea what they are doing and just BS you, and/or they have little or no social, business and communication skills. In the words of Frank Zappa: "Flakes, Flakes". Oh well. I downgraded my rating but don't think it matters as these reviews are all old so looks like not much happening with the 'ol Guru Effect anymore. My advice..move on.

I tried calling 3 other local seo companies and 2 other national companies, and I could not get any of them to answer me back by phone or email. I am amazed how these other seo places had some good google reviews but wont return emails or phone calls, it makes me question their reviews. When I called Guru Effect Michael returned my call that day and talked to me for over a half an hour about what he could do for me, but he never tried to sell me he just told me what would work. He built me a great website and I am ranked on the first page in the matter of a week after finishing it. I am very thankful and would recommend Michael and the Guru Effect for you and anyone looking for seo help.

Needed a fresh website for my e-recycle business and interviewed a few local web design/SEO companies... Michael was clearly in first place the moment he came into my shop and we began discussing the site and options. It was clear he understood what we wanted and was already putting ideas in his notepad as I was talking. He is quick with correspondence, takes direction extremely well, and was a joy to work with. I never felt pressured to do or add something I did not want to the site and even after I paid him in full he was still there, tinkering, making sure the site was up to his standards. You can't go wrong with Guru and Michael!

SEO is a dark market. Michael George--Guru Effect--is a shining light. We have tested at least 4 other companies to help us with SEO and to this day I can't tell you if we received true results from their services or not. I can tell you Michael's SEO work is extraordinary. His approach is completely different. In short, from my experience working with him, I can say one thing--the guy is good: I'm talking about good at what he does, and I am making a reference to his good nature and sense of integrity. If "trust" is what you are looking for in a relationship with an SEO expert, look no further.

Michael with Guru Effect was recommended to me by someone I really respect so I knew he'd be good. He is great to work with and unlike a lot of SEO "experts" he really knows what he is talking about. My site was a mess when he started working on it and immediately was able to fix several issues that were hurting my rankings. I just noticed today that I am now in position #1 on Google for a term I was in position #18 for a couple of months ago! I would highly recommend Michael if you need SEO work or someone to work on your website, you won't be disappointed.

Michael George redesigned my really old Real Estate website, enhanced it's SEO and it's now a shining example of what a high quality Real Estate web site looks like. Before Michael, my bounce rate was ____, I'm too embarrassed to even say, but now visitors aren't bouncing away thanks to Michael. Michael always goes out of his way to help and usually at all hours [ I probably shouldn't say the "all hours" thing as new customers will take advantage of that! :) ] He also is very explicit in his explanations often providing video tutorials, just for what I needed - who does that?! That's what I call excellent customer service.Would I recommend Michael to others? You bet I would!

Thanks Michael for the great audit. The audit identified many issues with my site. My site is much faster than it was. Some of my clients have noted they have seen an improvement is site speed. Michael has been extremely responsive to all my questions. Michael was also able to fix some issues that I could not.Thanks for your help.

Michael is just that...a Guru, when it comes to SEO and attracting targeted visitors to your website. Michael's professional outlook on web marketing and his attention to detail have already made a difference to our real estate business in Desert Ridge. We are confident that the return on investment will be significant as our website continues to attract more and more targeted home buyers and sellers. Amy Koch Founder - Desert Ridge Real Estate Advisors

I'm not even sure where to begin with my praise of Michael George. I own a small business in the Phoenix area, and after wasting too much time on DIY SEO, followed up by wannabe SEO experts, my site was in bad shape. We started with an audit. Michael was responsive, professional, timely, thorough, and specific, and gave technical instructions in laymen language. When we ran into a problem with my web designers trying to implement his changes, he worked tirelessly to coach them and me on how to do things. Though my site had problems created by the fact that the people who built it were artists rather than programmers (a fact that created many headaches), he always maintained a high level of professionalism and respect for the other creators involved. Months later, we contracted him again to do a Word Press Conversion. He honored the quote he had given us earlier. He worked quickly, and kept me apprised of any changes and speed bumps. When the project ended up being more involved than first anticipated due to problems that could not be known in advance, he needed to adjust the amount he would charge. He did so with humility and respect, and did so in advance of doing the labor, rather than sending us a surprise bill at the end. He clearly explained the reasons for the change, and his additional charges were fair. He is exceedingly patient with novices and makes sure you have the tools you need to keep your site in good order. He has a rare combination of gifts to be both highly technical and highly relatable, which makes him uniquely suited for his position. His integrity and his skill are both unmatched. It's easy to throw a ton of money at something as nebulous as SEO and never realize any results. I never have to fear that Michael is going to take advantage of me. His strategies are concrete and proven, and have measurable results. He uses only white hat strategies, and if he is unsure of how Google will view something, he is quick to say so, rather than making up an answer, or claiming surety when he doesn't have it. By the same token, he's also creative and thinks out of the box to maximize investment. He took the time to understand my business. He helped me identify what were realistic and attainable goals, and also steered me away from money pits. He recognized our needs and our limitations and worked within them.The results say it all. Within 2 weeks of implementing the strategies suggested in his audit, we were on page 1 of Google, organically, in a competitive market, against national brands. We have remained there for months, with little to no ongoing effort on my part, and no costly maintenance or contracts on his part. Michael's rates are competitive and fair, but he is worth his weight in gold.On top of all of that, he and his entire team are based in the US so you are supporting American Small Business.I can't recommend Michael highly enough.